Written by  Milder of Danth, Inc.

“Toward an Effective Economic Development Strategy for Smaller Communities (under 35,000).” By David Milder

In October of 2017, I posted the above referenced White Paper that outlined my thoughts about how the construction of economic development strategies for smaller communities, especially those in rural areas, should be approached (1). Since then, two data-related findings have come to my attention that have caused me to review some of the arguments I presented in that paper: 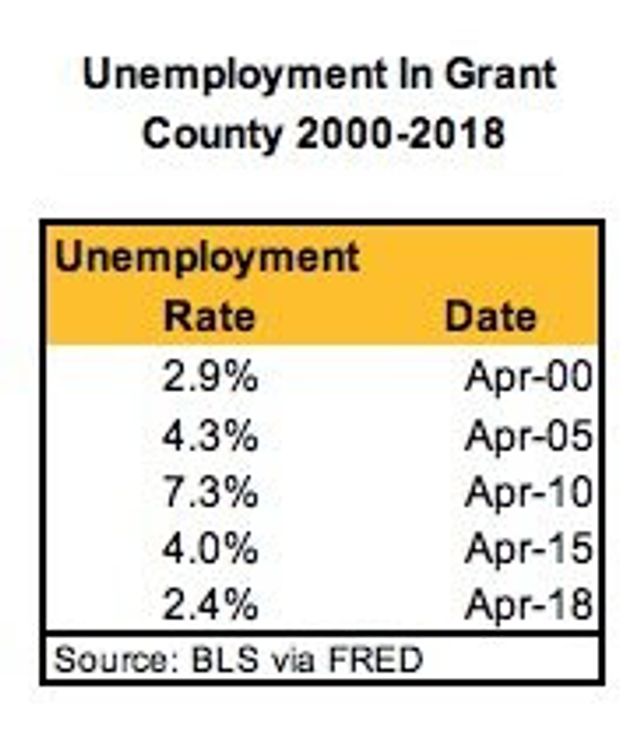 This question then arose: is Grant County an outlier or are rural counties in WI generally experiencing relatively low unemployment rates?

Then the question for me became: Is the situation in Wisconsin an outlier? Given time and resource constraints, I decided to look at the counties in New York and South Dakota, two states quite different in character from WI and from each other. NY has an economy dominated by a huge metropolitan area around NYC. Its upstate manufacturing and agricultural industries (e.g., milk) were facing problems long before the advent of the Great Recession. The state also has many sizeable cities besides NYC such as Buffalo, Rochester, Syracuse, Albany, Schenectady, Utica, Troy and Binghamton. Many are doing poorly. For instance, Syracuse has the 13th highest poverty rate among cities in the US.  South Dakota is more sparsely populated, less industrialized and more rural that NY or WI.

The results from these three states suggest that the lack of jobs is not currently a major economic problem for rural areas in many states.

What, then, are the major economic problems in these counties? One is nominal population growth. As a recent study from the Pew Research Center stated: “…rural counties have made only minimal (population) gains since 2000 as the number of people leaving for urban or suburban areas has outpaced the number moving in.” Also, its survey found that  rural residents were less likely to want to move to a new community and more likely to live near a family member.(3).

Another can be seen by looking, again at Grant County. Although Pew found its population had grown about 1% between 2000 and 2016, a recent study by the National Low Income Housing Coalition reported that an hourly wage of about $13.25 is required in that county to afford renting a 2-bedroom apartment at a Fair Market Rate, while the estimated average hourly wage of renters is only about $9.68 (4). That means that 26.9% of the Fair Market Rent is unaffordable for the average renters. In turn, that underscores another important point that is part of the conventional wisdom among economic development experts: rural areas need more than just jobs, they need well-paying jobs, one that provide at least living wages. A factor that adds to the issue’s complexity is that that living wages are not defined just by market forces, but also by the characteristics of the households involved. The table below shows what a living wage would be for various types of households in Grant County (5). What also pops out from that table is just how much more income households with children require.

This table is From the Out of Reach 2018 report

It seems that rural residents are willing to cope with a high degree of financial stress to stay in a rural area and close to their families. For some, that stress or perhaps the fear of that stress, reaches the point where they decide to leave.

My White Paper addressed the adequately paying jobs issue in a number of ways. It saw the creation of Small Town Entrepreneurial Environments (STEEs) as a way to:

STEEs can still usefully perform these needed functions even when local county unemployment rates are relatively low, both historically or compared to urban counties. Though more people may be employed, many of those with jobs may need and want help to find better paying employment.

The strategy of recruiting firms that will bring lots of jobs to small rural towns does not mean either that a) substantial numbers of those jobs will go to local residents or b) that those jobs will be well-paying, as many small towns have learned from the Walmart and Amazon distribution centers that opened in them. Indeed, many of the firms that seek rural locations do so because they are looking for lower labor costs.

So far, nationally, our resurgent economy has substantially reduced unemployment, but to date it has not significantly increased the incomes of many of our households, especially those with wage earners in non-supervisory positions or in rural areas. Until that does happen, STEEs can be of considerable value.

It seems to me, then, that relatively low to normal unemployment rates in rural counties do not diminish the relevancy or the need for the kind of strategic approach I outlined in my White Paper.

Also, in many states, such as WI, their rural economies are tied to both agriculture and manufacturing. Manufacturing, which tends to be cyclical, has been doing well in recent years. An eventual cyclical downturn or increased robotization may again increase rural unemployment, again worsening rural economic conditions.

The Number of Contingent Entrepreneurs and Their Importance.

At the heart of the strategic approach I argued for in my White Paper were the residents of smaller towns who were, in the BLS’s vocabulary, engaged in contingent and alternative employment arrangements and whom I labeled contingent entrepreneurs. The bullet points below present the reasons why I thought they were so strategically important:

My reporting that these contingent entrepreneurs may account for 30% to 40% of the local workforce was based on these numbers being presented in numerous reputable publications since 2010. For example: 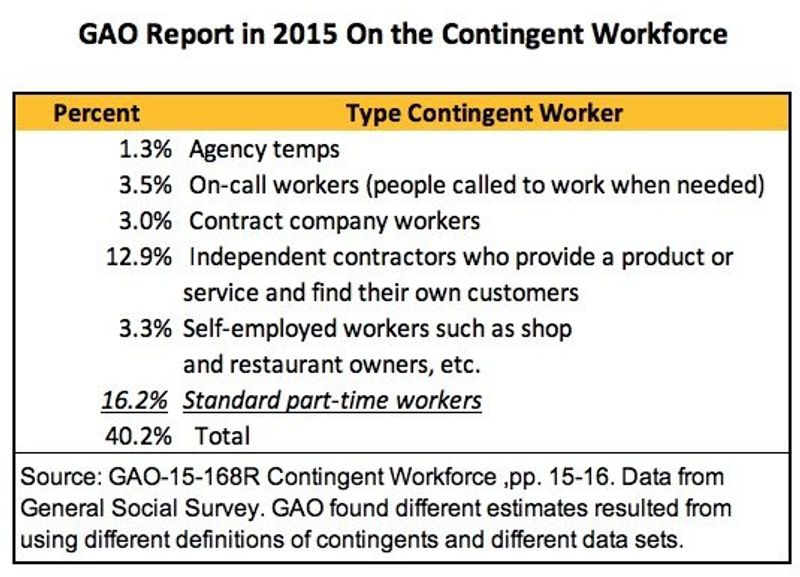 As can be seen in the above table, the recently published BLS study results indicate that those engaged in contingent and alternative employment arrangements only account for between 11.4% to 11.9% of our national workforce. The difference between 11% and 30% to 40% is obviously very significant numerically. But, is it significant analytically or from a strategic viewpoint? 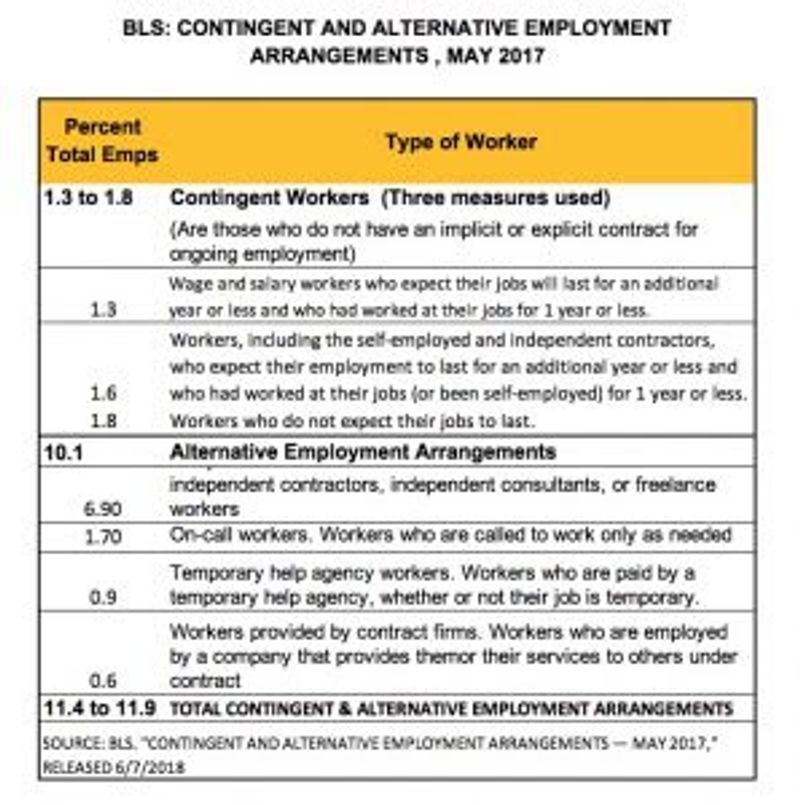 First, let me acknowledge my respect and admiration for the BLS’s surveys as I have stated publicly on several previous occasions. However, the GAO’s 2015 report made a very critical point that must be kept in mind when considering the BLS’s findings: estimates of contingent workers and those in alternative  employment arrangements differ because of differences in how those workers are defined and the data sets that are used to study them. It may be claimed that the BLS’s definitions are particularly stringent and therefore limiting. For example, one of the analyses in the GAO report estimates that 16.2% of the workforce are “standard part-time workers” and part of the contingent workforce. These workers are not included in the BLS estimates. Moreover, the BLS only looked at primary jobs, so its sample does not include second jobs, be they fulltime or part-time.  The latter would exclude, for example:

Lastly, BLS excluded jobs associated with the gig economy e.g., those with Uber, Lyft, Taskrabbit, AirBNB, etc. from their survey.

In my judgement the BLS estimates should be taken  as a very solid minimum estimate of the contingent and alternative arrangements workforce, with the exact number being treated as not knowable at this point in time because of a lack of consensus about how the subject group should be defined. Moreover, I would argue that the minimal BLS numbers are sufficiently large to merit considerable strategic consideration – and that, not the “true” number of contingents, is the critical question. My White Paper needs to be amended to include these points and to somewhat deemphasize the estimates of 30% to 40%. Nevertheless, the critiques of the BLS’s definitions of contingent and alternative work arrangements that followed its recent report combined with the prior research findings produced by very reputable investigators strongly hint that their true number of these workers may well be as high as 30% or so.

The recent BLS report also sparked a debate about the so-called gig economy and the impacts of firms like Uber and Lyft. However, the argument in my White Paper was quite independent of any analysis of, or advocacy for, a gig economy. My concern was: rather than chasing corporations that supposedly will provide lots of jobs, what assets can small towns best leverage to increase the earnings power of local residents? The folks that fell into my “contingent entrepreneur” category had two attributes that might be leveraged:

The table below presents data for a town in the Midwest with  population of about 3,900 that is located in a designated rural county. Let’s see how these data can help answer two questions: 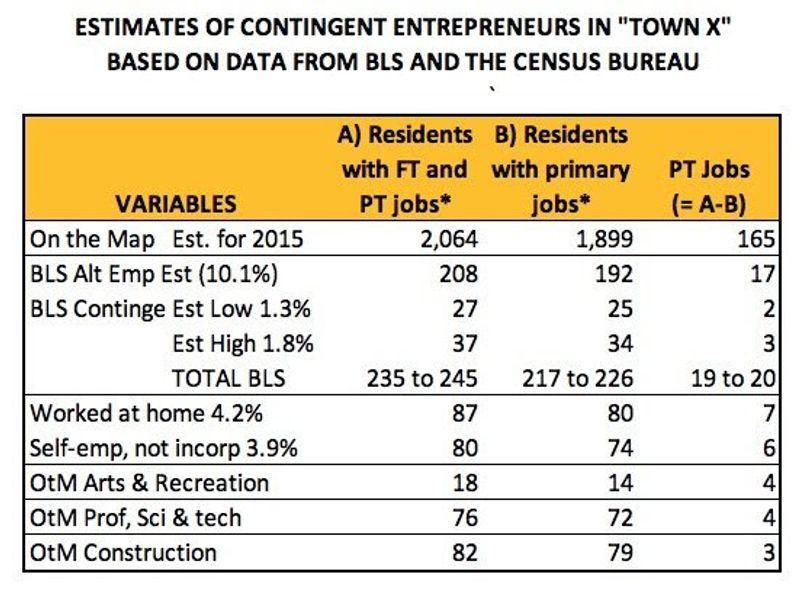 To help answer the first question, let’s also consider the fact, mentioned in my White Paper, that relatively large firms moving into this community are most likely to average about 50 new job opportunities and the vast majority of them will not go to local residents. The table below shows how many residents of Town X would get jobs at various capture rates. Which is more likely to serve the needs of Town X’s residents a) a program to help its contingent entrepreneurs become more successful or b) a recruitment program aimed at bringing in more employers who can provide on average 50 jobs? 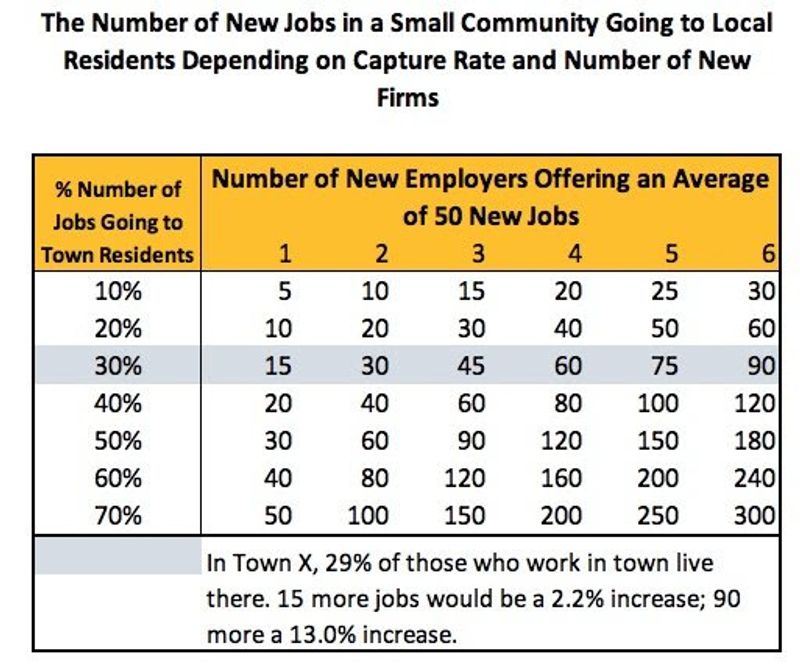 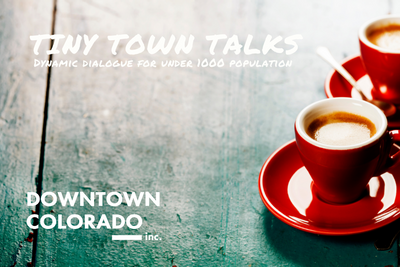 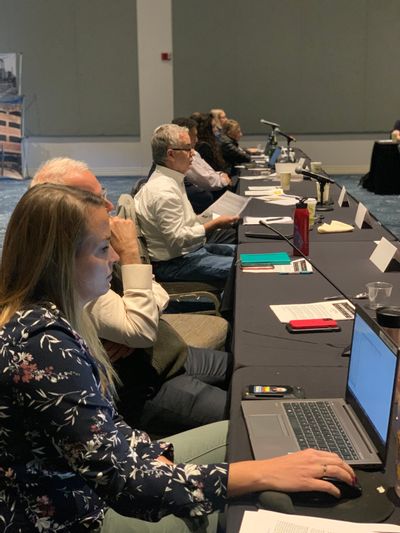 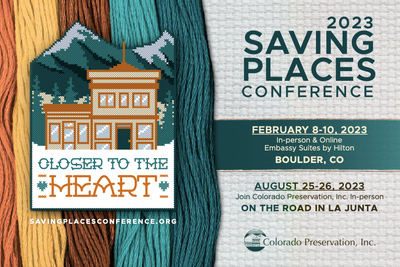 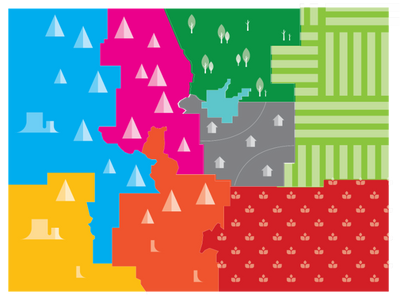